Planilandia, since 2008, is the creative agency for Destinia Global Travel Group.
In these years, we have carried out creative communication for the different companies of this group. The most remarkable is Destinia.

Irreverent, fun, amusing, cheerful, witty, this is how we see Destinia and this is how we have tried to create and reflect their image in TV commercials, press campaigns, radio, online, street marketing, outdoor campaigns, etc.

The intervention of Planilandia in the production of TV spots has involved, not only the creativity and direction, but also the integral production in all of them.
"Triki, triki, triki" spot in 2008, was a new beginning in TV, that keeps so alive as the first day.  Another example of it is our new campaign: "Travel to the Caribbean" focused on providing notoriety and direct response to Destinia.

As an advertising agency for all the group brands, our work has not been limited exclusively to advertising. The development of a recognizable branding, has been, from the first day, one of the main points in which we have worked in external and internal level. We have generated a visual identity and communication tone, both capable of translating brand values.

Visibility on the street is vital for the recognition and positioning of any global consumer brand. In Destinia, the need to be present on public roads, airports, and high traffic places is highly valued.

We have created actions and creativities for outdoor advertising and Street Marketing with different nature; Provocative canvases for facades of buildings, subway and bus campaigns, interventions in airports and joint actions on the street and social networks, such as the "Rescue the Minibar" campaign.

The most representative press in Spain has included periodically different graphic campaigns of Destinia. Under the guidelines to communicate the different offers and promotions with a recognizable graphic line, we have always tried to do it with wit and humor. Some of them, such as "Travel to North Korea", or "Space Travel", have been news in different TV and radio programs, generating controversy and notoriety in Social Networks. 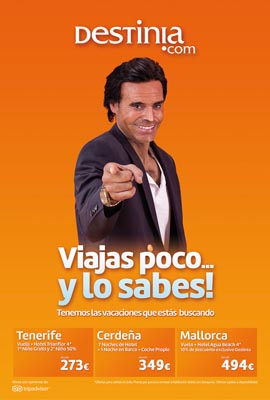 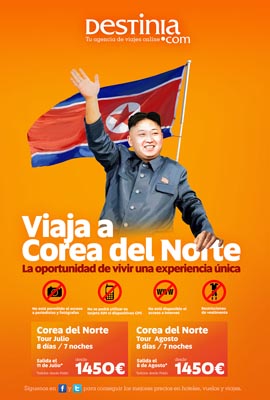 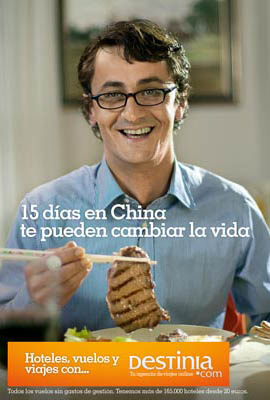 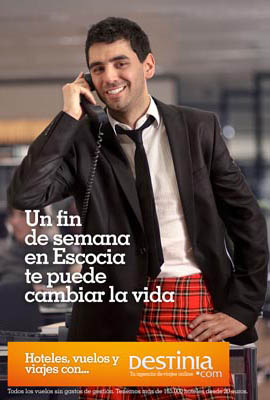 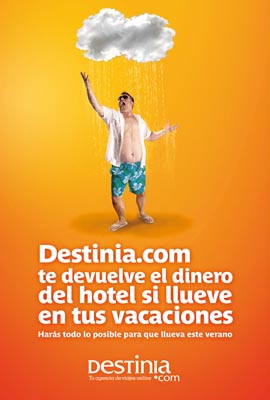 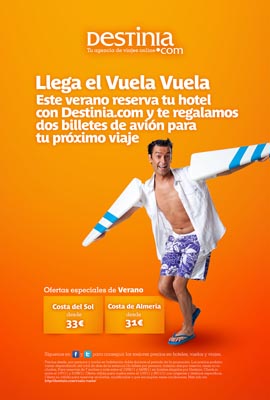 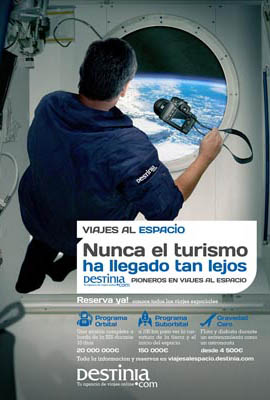 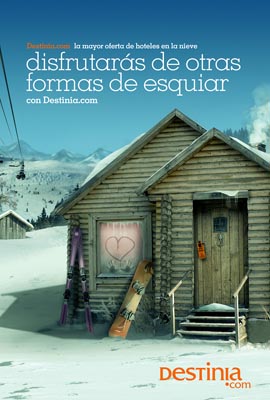 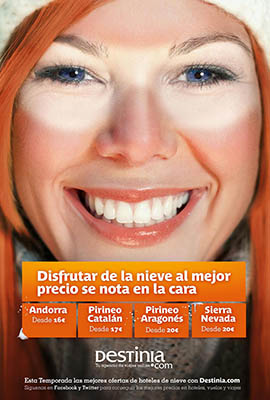 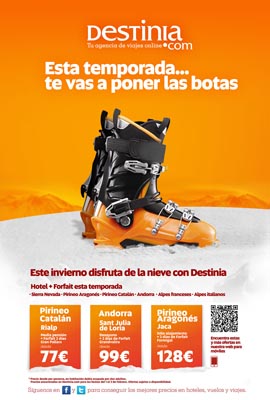 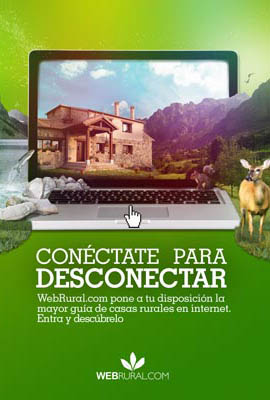 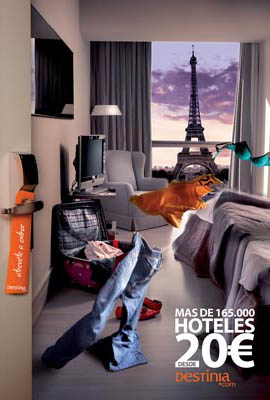 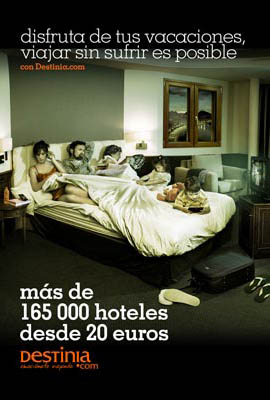 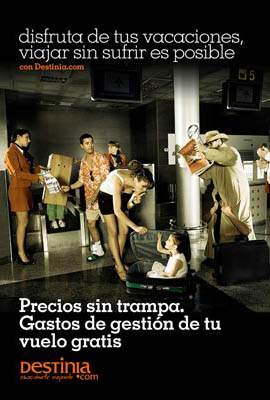 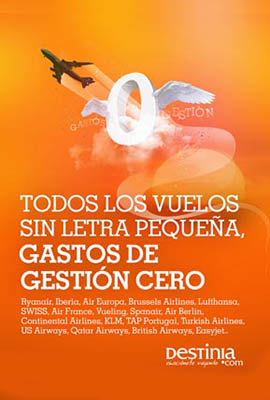